Skip to the content
St. Francis of Assisi Parish 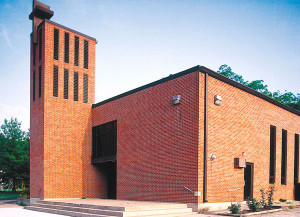 The Catholic congregation of Kampsville was first organized in 1877 as a mission church. During that year a frame church was erected on ground donated by M. A. Kamp. In 1895, Fr. Johannes, resident pastor of St. Anselm’s built the rectory. When Fr. John Duval was pastor (1897-1901) he built a parochial school. When Fr.  A. A. Ulrich was pastor, he taught at the school. In September 1912, a convent was built and the school had Ursuline Nuns as teachers. It was destroyed by fire in 1914. A new school was built and remained open until May 1925. In September 1928 the school was reopened and stayed open until it closed for good in 1944. The Altar Society started in 1894. Father John Ratchford arrived in 1948. He started the first picnic and turkey bingo. In 1951 the first Memorial Day Mass was at St. Anselm’s cemetery. In 1971, Father Roy Bauer was appointed pastor at Saint Anselm’s and the other parishes of North Calhoun, consisting of St. Agnes, St. Michael, and St. Norbert. While Fr. Bauer was pastor, the present church was built and dedicated in 1976. In 1984, the parish hall was built and it was dedicated in 1985. The historical flood of 1993 put four inches of water in the church. The pews were all removed and stored in the public grade school gym. The floor plan of the hall stayed dry throughout the flood and was used as a Red Cross center. Father Steve was pastor at that time and under his supervision the Church was refurbished with new carpet and ceiling tile. The 1993 Christmas Mass was held in the Church using the chairs for the hall. In early 1994, the pews were reinstalled back into the Church. In 2005, Bishop George Lucas merged the four parishes and we are now one parish, St. Francis of Assisi. In 2007, Fr. Bill Kessler was pastor and a used digital organ was put in to use. In 2008, Fr. Don Roberts became pastor.

Theme by Anders Noren — Up ↑